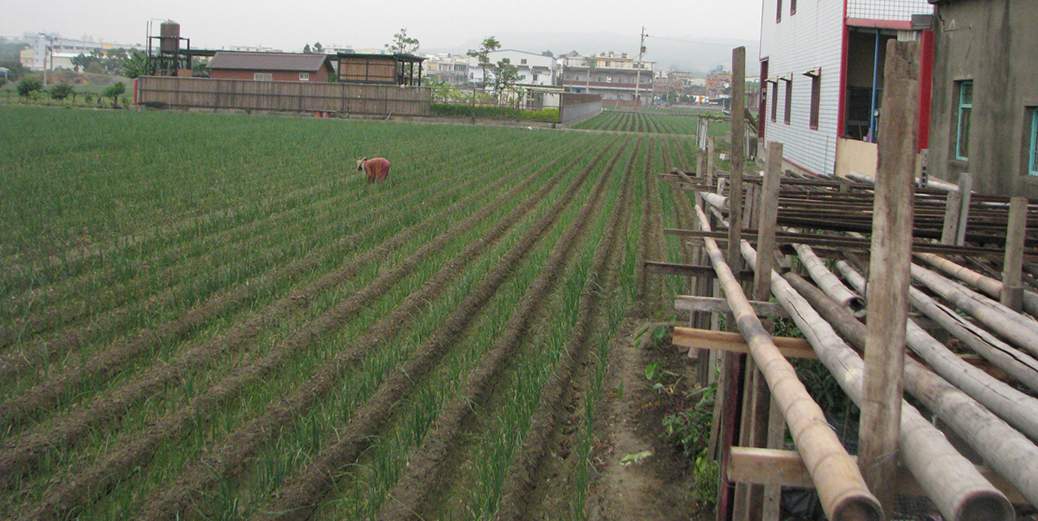 Lecture Series at the Honolulu Museum of Art School

Daoism and Landscape Painting in China

Throughout its history, the art of landscape painting in China has had close ties to religious thought and practice. This course focuses on Daoism—one of China’s “Three Teachings” (Buddhism, Confucianism, and Daoism)—and explores three places where it intersects with the tradition of landscape painting. In the first week, we consider how Daoist concepts helped shape the classical Six Laws of Painting of the sixth century. In the next week, the timeline shifts to the eleventh century, and examines the relationship between Daoist internal alchemy and the emergence of monumental landscape painting. Finally, in the third week, we look at surviving paintings from Daoist priests of the late Yuan and Ming dynasties, and consider how their religious practices may have found expression in their art.

Daoism and the Arts of Asia 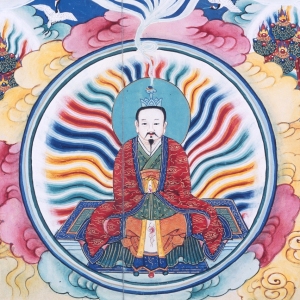 From the elaborate internal visualizations of its priests to the spectacular color paintings of its ritual arenas, the Daoist tradition offers a wealth of visual materials for students of art history. This lecture series explores the art and visual culture of Daoism in five thematic installments. Each class features an array of topics, including portrayals of the Daoist pantheon, sacred calligraphy and talismanic writing, paintings of Daoist hell realms, pictorial traditions of the Eight Immortals, burial art, the influence of Buddhist art, early Daoist sculpture, and the intimate relationship between Daoism and landscape painting in China. The course takes a reverse chronological approach, beginning with contemporary ritual art, and concluding with the earliest Daoist sculptures, dating from the fifth and sixth centuries.

Visual art and ritual practice have long been intertwined phenomena. Indeed, many scholars theorize the earliest pictorial art to survive from paleolithic times has its roots in ritual practice. This lecture series examines the longstanding relationship between art and ritual across five geographical areas: Japan, Europe, China, Africa, and India. Specific topics include the use of mandalas in the visualization practices of Shingon Buddhism, instructions for beholding the image of Christ, the role of hanging scrolls in the making of ritual space, transformative powers of ritual art, and ceremonies for the consecration of images. The course moves forward in time, from historical practices to modern ones. As the discussion progresses from region to region, we consider both universal patterns and unique distinctions.

University of Hawai‘i at Manoa, Department of Religion 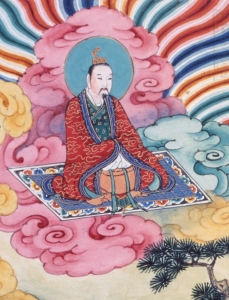 For as long as Daoism has been an area of academic inquiry, scholars have often divided it into its philosophical and religious aspects, and have studied these respective areas in isolation. Under this paradigm, the category “philosophical Daoism” stands in contrast to “religious Daoism,” and scholars tend to place themselves into one of the two camps. The problem with this binary division, however, is that traditional Daoist texts had no such categorical constructs. The division between so-called “philosophical Daoism” and “religious Daoism” is a product of early scholarship on Daoism, not a division that has its basis in the Daoist tradition itself. This class takes steps to reintegrate the conventional separation by examining Daoism as a coherent system of thought and practice, and a way of being in the world—a philosophy and a religion.

In addition to exploring Daoism as a coherent system, this course also seeks to understand how people practice Daoism beyond its native home of China. We begin with an intensive analysis of present-day Daoist ritual traditions in Taiwan (R.O.C.), Hunan (P.R.C.), and Fujian (P.R.C.), and we follow the movement of these liturgical practices into Southeast Asia (Laos and Thailand). Next, we spend several weeks doing close readings of Daoism’s earliest texts to understand the ideas behind the modern practices. The final section of the course aims to trace the historical developments that transformed ancient ideas and practices into ritual traditions, and we will see these ritual traditions then extend past China’s borders into Korea and Japan.

While the primary objective of this course is to learn about Daoism, a secondary aim is to allow students to learn from it. The writing-intensive focus of the class not only sharpens writing techniques, it also offers a chance to bring Daoist and modern ideas into conversation.

An Introduction to the Visual Culture of Religion

This course examines the relationship between religion and art with a special emphasis on the notion of sacred presence. The focus on sacred presence requires students to look beyond traditional art-historical inquiries (authorship, style, medium, etc.), and further consider the transcendent images that inspire religious works of art, from paintings to visions, seen to unseen. Religious images in their myriad forms take centerstage and drive the primary questions that reoccur throughout this course. What makes an image a religious icon? What is the status and function of religious images, and how do they differ from other images? How does an image become sacred? To answer these questions, we explore the visual culture of religions from around the world and across historical periods. In addition to new knowledge of religious art and cultural practices, students will also gain skills to help them interpret and engage with the matrix of images that makes up the world around us.

University of Wisconsin-Oshkosh, Department of Religious Studies and Anthropology

REL STDS 222—Buddhism and the Arts of Asia

An Introduction to Buddhism and its Visual Culture 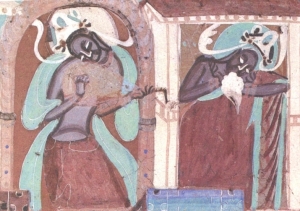 This course examines Buddhist traditions of Asia through the lens of visual culture. As an area of scholarly inquiry, visual culture encompasses not only traditional works of art (such as paintings and sculptures), but also charts, diagrams, scriptural illustrations, and visualizations.  Because visuality plays a central role in the ritual practices of many Buddhist traditions, this course takes the dynamic between images and rituals as its centerpiece. In one semester, students will see how images and rituals work together in Buddhist contexts, and how the study of one requires knowledge of the other. By exploring the two religious phenomena of image and ritual in tandem, students will not only gain a strong foundation in Buddhism, but will also learn valuable mindsets and methods for understanding cultural diversity.

With the theme of image and ritual as a foundation, the course travels through three distinct geographical regions within Asia. We begin in India, the birthplace of the historical Buddha, where we examine first the indigenous religious landscape into which the Buddha was born. In this section, we will discuss the theory of aniconism in early Buddhism, and the gradual development of Buddha images. After our section on India, we follow Buddhism’s spread across East Asia, first into China, and then to Japan. In China we once more look first at the indigenous religious landscape as far as we can reconstruct it

from burial tombs and ancient scriptures. We then explore the arrival of Buddhism to China, the conception of Buddhist hells, Chan (Zen) painting practices, and rituals of salvation. The last section of the class takes us into Japan, where we first explore the visual and material culture of Shintoism, the indigenous religious tradition of Japan. Once we have a sense of the native landscape, we look at several forms of Japanese Buddhism, bearing in mind the ways Buddhism changed to adapt to new cultures and time periods. To prepare us for the journey, our course begins with a three-class introduction to useful theories and methods for the study of ritual and religion.